Long before recorded history, ancient people acknowledged the sacred power and life-giving energy of the universe in spiritual ways. In the North, these divine forces were believed to emanate from various deities, or gods and goddesses. These deities are called the “ginnheilög goð” or the “ginn-holy gods,” which might be translated as “the mighty who mete out fate.” In Völuspá, the first poem of the Edda, these deities are mentioned three times. Some interpreters of Völuspá, including Snorri Sturluson, thought the ginnheilög goð were the same deities as the more familiar Aesir (Æsir) and Vanir gods. However, Snorri is, at times, an unreliable source on pre-Christian theological concepts, if only for the fact that he himself was a Christian writing for a Christian readership several hundred years after Iceland formally adopted Christianity as the national religion.

Another important clue pointing to a distinction between the Ginn and the Aesir is that Ginn also lies at the root of the term Ginnungagap – the yawning abyss from which Midgard (Earth) and all the other realms emerged – and Ginnungagap appears in Norse cosmology to predate the appearance of the Aesir. One might then view the “gin-holy gods” as entities that predate or transcend the Aesir tribe – entities which include the giant women who were also the roots of the World Tree, Yggdrasil. These entities are responsible for ordering the courses of the sun and moon, as well as for the placement of the stars, naming the hours of the day, and fixing time and the seasons. These forces may be older and more powerful than both the Aesir and the Vanir, or they might be their ancestors.

The Aesir and Vanir, however, are more intimately connected with Midgard and, according to tradition, their influence is particularly present in the forces of nature: in the awe-inspiring power of thunder, the destructive power of earthquakes and volcanoes (attributed to entities often translated as “giants”), and in the life-giving energies of fertility. Because human survival depends on our relationship with the elements – especially in the stark lands of the far north – the Aesir and Vanir were invoked as friends through ritual blessings and sacrifices designed to enlist their help. Ancestors and other great individuals who had passed on into the Otherworld were also revered and called upon, not as gods, but as allies who could be turned to for guidance and wisdom.

Because of the severity of life in the long dark winters of the north, the ancients recognized that these untamable natural forces are not subject to the wants of humankind. The sun held a particular place of reverence for its ability to thaw the fields for planting, or free the seas for fishing and exploration. The oceans, likewise, were a source of vitality but were equally foreboding, as they could just as easily pull Norse seafarers into the depths as they could provide a bounty of fresh fish. Human life itself existed at the intersection of the elemental forces of Midgard in a sort of matrix within the larger matrix of the Nine Realms of the cosmos—each contributing its own elements.

Animals, too, were revered and regarded as sacred, both as sources of livelihood as well as danger.

The ancients navigated the beauty and ferocity of the natural world by calling upon the Aesir and Vanir to calm the seas, provide for the harvest, and to protect them from the myriad dangers of the wild. Explorers also relied on the Aesir for guidance, and warriors too turned to the Aesir for victory in battle. Death, however, was not something to be feared, as the fate of each person was fixed and inevitable. All that is within the individual’s power is their decision on how they would conduct their life in the time they were allotted. If their generosity and courage brought them honor, then the Aesir and Vanir would rally to their side, preserving them in life and ensuring them a place among their ancestors and the honored dead. But if a person dishonored themselves through cowardice or a miserly disposition toward those in need, they would face the world alone, and find themselves under the dominion of the cruel goddess Hel in the afterlife.

Of course these are just some of the many ways in which the gods and goddesses have been interpreted.

Through a variety of celebrations, ceremonies, and a form of worship called blót (pronounced ‘BLOTE’), there are still those who remain dedicated to the ancient Norse gods. Today, those who walk the ancient path are known broadly as ‘heathens’ or more specifically as Ásatrúar who continue to gather in nature to offer sacrifice to the Aesir and Vanir and to receive their blessings. The revival of Norse spirituality was pioneered in Iceland where it is led by the Ásatrúarfélagið organization. Beyond Iceland, Ásatrú has become one of the fastest growing spiritual movements in the West with variations throughout Scandinavia, continental Europe, and both North and South America.

Whether you have only just discovered this renewed enthusiasm for the ancient spiritual traditions of the North or if you are a committed practioner, or if you are simply one of the millions who are fascinated by the ancient sagas and tales from Norse mythology, we hope you will find the articles and discussions featured on The Midgardian a source of inspiration.

Excerpt adapted from Soul of the North: An Introduction to Ásatrú.

For more introductory literature on Ásatrú there are several great books available. Some of our favorites are:

Ásatrú for Beginners: A Modern Heathen’s Guide to the Ancient Northern Way by Mathias Nordvig PhD 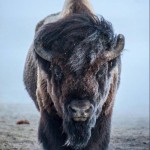